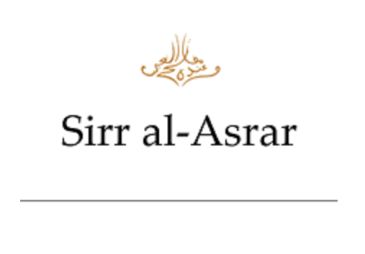 The number of the sciences [‘ulum].

The sciences [‘ulum] are grouped in four sections:

1. The outer aspect of the Sacred Law [Shari’a], meaning the commandments, prohibitions, and other rules and regulations.

2. The inner aspect of the Sacred Law, which I have called the Science of the Inner and the Spiritual Path [Tariqa].

3. Esotericism, which I have called the Science of Direct Knowledge [Ma’rifa].

4. The innermost of inner factors, which I have called the Science of Reality [Haqiqa].

It is essential to acquire knowledge of all these sciences, for, as the Prophet (peace be upon him) said:

The Sacred Law [Shari’a] is a tree, the Spiritual Path [Tariqa] is its branches, Direct Knowledge [Ma’rifa] is its leaves, and Reality [Haqiqa] is its fruit.

The Qur’an contains them all, explicitly and by implication, by commentary or by interpretation. According to the author of al-Majma’: “Commentary [tafsir] is for the common folk, while interpretation [ta’wil] is for the élite, because they are the scholars who are rooted [rasikhun] in knowledge. The meaning of ‘rootedness [rusukh]’ is ‘firmness, establishment and commitment’ to knowledge, just as the root of the palm tree is firmly established in the earth, while its branches reach up into the sky. This rootedness is the result of the profession [that there is no god except Allah] that is planted in the core of the heart after purification. [In the following Qur’anic verse] Allah (Exalted is He) has referred to ‘those who are rooted in knowledge’ immediately after His saying (Almighty and Glorious is He) ‘except Allah [illa ‘llah]’:

He it is who has sent down to you the Book

wherein are clear signs-they are the

substance of the Book-and others allegorical.

But those in whose hearts is doubt

pursue that which is allegorical,

seeking dissension by seeking its interpretation.

None knows its interpretation except Allah.

And those who are rooted in knowledge say:

We believe therein; the whole is from our Lord.’

But only men of understanding really heed.

According to the author of at-Tafsir al-Kabir [The Great Commentary]: “If this door were opened, the doors of the inner mysteries would open too.”

Have you seen him who chooses

for his god his own lust?

As for the sphere of Reality, the devil has no access to it, nor does the lower self, nor do the angels, because anyone other than Allah is (Exalted is He) is burned to ashes therein. As Gabriel (peace be upon him) said: “If I had drawn nearer by a fingertip, I would surely have burned to ashes.” [In this sphere] the servant is therefore uninfluenced by two opponents [the devil and his own lower self], and he is sincerely devoted [to Allah]. As Allah (Exalted is He) has said:

I shall surely beguile them every one,

except Your sincerely devoted servants among them.”

So long as he has not attained to Reality, the servant cannot be sincerely devout, because the disloyal human attributes will only be annihilated by the manifestion of the Divine Essence, and ignorance will only be removed by direct knowledge of the Divine Essence (Glory be to Him and Exalted is He). Allah (Exalted is He) will teach him an esoteric knowledge from His Presence, without intermediary, so he will come to know Him through His instruction, and worship Him through His teaching, as in the case of al-Khidr (peace be upon him).

Once he has reached this stage, the servant will witness the holy spirits. He will come to know his Prophet Muhammad (Allah bless him and give him peace), who will tell him about everything from the beginning to the end, and all the other Prophets will give him glad tidings of the eternal communion. As Allah (Exalted is He) has said:

And whoever obeys Allah and the Messenger,

they are in the company of those

to whom Allah has granted gracious favor-

the Prophets, the champions of truth, the martyrs

and the righteous-and the best of company are they!”

If someone has not acquired this knowledge, he is not a scholar in reality, even if he has read a million books. Inasmuch as he does not reach the spiritual level, though he performs physical work in accordance with the outer aspects of the sciences, his recompense will be the Garden of Paradise, and that alone. Only the reflection of the [Divine] attributes will be manifest there. The scholar does not gain access, by exoteric knowledge alone, to the Holy Sanctuary and nearness [to the Lord], because that is the realm of flight, and birds do not fly without wings.

If the servant acts in accordance with both exoteric and esoteric knowledge, he will reach that realm. As Allah (Exalted is He) has said in the Sacred Tradition [Hadith Qudsi]:

As for the people of nearness, they receive that which no eye has ever seen, of which no ear has ever heard, and which has never occurred to a human heart. That is the Garden of Nearness, in which there are no houries and no palaces.

The human being needs to recognize his true value, and he must not claim for himself what is not his right and proper due. It was ‘Ali (may Allah ennoble his countenance) who said: “May Allah have mercy on a man who knows his own worth, who does not go beyond his limit, who guards his tongue, and who does not waste his life.”

The scholar must therefore comprehend the meaning of the reality of the human being, called the child of inner meanings. He must train that child to practice constant affirmation of the Names of Oneness, and to leave the realm of physicality for the realm of spirituality, which is the realm of mystery, where there are no abodes except Allah. That realm is like a desert of light, to which there is no end. The child of inner meanings flies over it, and beholds its strange and marvelous wonders, but they are impossible to describe. It is the place of those affirmers of Oneness who lost their own identity in the eye of Singularity. The sight of Allah’s Beauty left them with no existence in the meantime, just as staring at the sun makes everything else invisible. Without a doubt, the human being cannot see himself at the same time as Allah’s Beauty, because of the overwhelming astonishment and fascination.

As Jesus (peace be upon him) said: “The human being does not enter the Kingdom of the Heavens, unless he is born twice, as the birds are born twice.” This refers to the birth of the child of spiritual meanings from the reality of human capability. That is the secret of the human being. It is conceived and born from the union of the science of the Sacred Law and the science of Reality, just as the ordinary child results from the union of the two sperms from the man and the woman. As Allah (Exalted is He) has said:

We created the human being from a sperm-drop,

a mingling, in order to try him;

and We made him hearing, seeing.

After the manifestation of this inner meaning, it becomes a simple matter to pass from the surface of the oceans of creation to the depths of the commandment. In comparison with the realm of the spirit, every other realm is like a drop of water. After that [manifestation], the spiritual and esoteric sciences are communicated without a letter [of the alphabet] and without a sound. 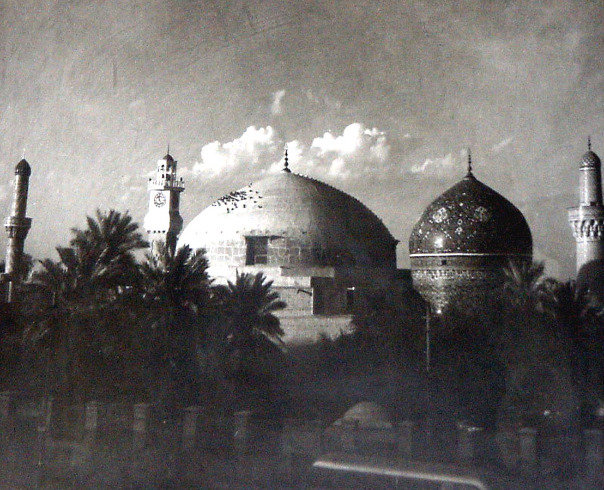 « GOOD CONDUCT & EXAMPLES OF GOOD CONDUCT
Three Questions from The Roman King to The Scholars of Islam in Baghdad ? »
%d bloggers like this: