Question: A person is a Mureed of a certain Murshid who passed away a long time ago. Now, can this Mureed of the demised Shiekh became the disciple (Mureed) of another Shiekh?

Answer: It is forbidden to change the Bay’at for no specific valid Islamic reasons. Yes, it is permissible to renew one’s Bay’at (Tajdeed). In fact, it is recommended to take Bay’at with another Murshid-e-Kaamil in the exalted Silsila of Qaderiyah without breaking ties with your Shiekh. Such Bay’at will not be regarded as a new one but a renewal of the old one. This is so because all Silsilas (Spiritual orders) leads to the main stream being the Silsila of Qaderiyah.

A’la Hadrat went on further: Once three Qalandars (certain type of Dervishes) humbled themselves in the illustrious presence of Shiekh-ul Mashaa’ikh, Sultan Nizamuddin Mehboob-e-Elahi (Radi Allah Anhu). They requested for food so the Shiekh ordered the Khadim (servant) to give them whatever was present. When the Khadim presented the food, the Qalandars looked at the food, picked it up, threw it and demanded better food. Witnessing this attitude of the guests, the great Sheikh did not comment, but ordered the Khadim to present better food. The Khadim then got better food and presented it to the guests. They looked at the food, picked it up and threw it for the second time. They then demanded better food. The Noble Shiekh still kept calm and ordered for better food. Better food was presented for the third time and the Qalandars threw it away and still demanded better food. After the third time, Sheikh-ul Mashaa’ikh called the Qalandar close to him and spoke very softly in his ears: “At least this food is better than the dead ox you ate on your way to me”.

When he heard this, the condition of the Qalandar changed. (On their way they were without food for three days and were starving. Eventually they came across a dead ox so they ate from it to survive). The Qalandars fell on the feet of great Shiekh and cried. Shiekh-ul Mashaa’ikh lifted them up and embraced them. They were spiritually blessed by the Sheikh. After this spiritual blessing, they started dancing in ecstasy saying: “My Murshid blessed me with Ne’mah”. The disciples present there said to them: “You fool! You came here as a destitute. Whatever you received was from our Sheikh (Murshid) and not from your Murshid”. They replied: “You are fools, because if it was not by the guidance of our Murshid, why would your Murshid bless us?” On hearing this, Khwaja Nizamuddin (Radi Allah Anhu) said: “They are speaking the truth. O my Brothers (disciples), if you want to learn how to become a Mureed, learn from these Qalandars”. 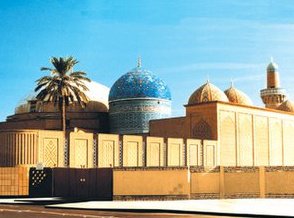 HUZUR GHAUS E PAK (RADI ALLAHU TA’ALA ANHU’s) lectures were full of knowledge and wisdom. They were so influential and powerful that listeners would go into spiritual ecstasy.

Some of them would tear their clothes. Others would fall unconscious. On some occasions, certain listeners would become so lost in the gems of love for Allah and His Rasool (sallal laahu alaihi wasallam) that the great Saint (alaihir rahmah) presented in his lectures, that they would even pass away in this condition.

In addition to the ordinary members of the public, Rijaal-ul-Ghaib and Jinns also frequented his blessed gatherings.

Akaabireen and Mashaa’ikh also frequented his gatherings. It was a training school for the young, a place to repent for the sinful, a place of guidance for the misguided, and a bank of spiritualism for the spiritually bankrupt.

His voice was very stern and sharp. One of the miracles of his Majlis was that each and every person sitting there heard him alike, even though in those times, there was no means of voice amplification, such as microphones and the like.

All the great scholars agree that during that era the majority of the people in Baghdad repented from their wrongs at the hands of the great Saint and also became his disciples.

Christians accepted Islam in the Majlis of Sheikh Abd al-Qaadir al-Jilani (alaihir rahmah). When they were requested to explain their acceptance of Islam, they said that they heard of the religion of Islam and that their hearts were pleased with this Deen but they had been in search of a true servant of Allah who would, by looking at them, dispel the darkness of their hearts. While they were in search of this true servant of Allah, they heard a Voice from the Unseen saying,

“Go to Sheikh Abd al-Qaadir in Baghdad and bring Islam on his hands, for it is he who will cleanse your hearts and fill it with light of Imaan
(Faith)”.

When the thirteen Christians received this message from the Unseen, they travelled to Baghdad and accepted Islam on the hands of Sheikh Abd al-Qaadir Jilani (alaihir rahmah). END_OF_DOCUMENT_TOKEN_TO_BE_REPLACED

Duties of Children towards Deceased Parents

A question was asked to the Great Mujaddid A’laHadrat Ash-Shah Imam Ahmad Rida Khan Al-Qadiri (Radi Allahu Ta’ala Anhu) regarding the Duties of Children towards deceased Parents… Over which HE stated the following points:

1. The first and foremost duty of the children after the death of the parent is that he should immediately arrange and take part in Ghusl, Salatul Janaza and Burial which should be done in accordance with the Sunnah of the Holy Prophet SallAllaho Alaihi wa Sallam, and hope for them to receive the Mercy of Almighty Allah.

2. He should always make Dua and Istigfar for them at all times and never be unconscious about it.

3. He should give out Sadaqah and Khayrat (Charity) and always send the rewards of good deeds (Aa’mal-e-Sawleh) to them in accordance to his personal capacity. When performing Salah and keeping Fast (Roza), do likewise for them. Actually, for any good deed performed, the Sawab should be forwarded to them and all deceased Muslims and this will not affect the benefits one will receive, in any way. On the contrary, the Sawab of such acts will be beneficial to himself, his parents and all the deceased of the Ummah. END_OF_DOCUMENT_TOKEN_TO_BE_REPLACED

2. Faith in the messengers, companions, ‘people of this Path’ (Friends of God), and serving the
poor

3. Silence, focus on dhikr/remembrance of God, and good deeds

4. Right companion on the spiritual Path

8. Filling the day with prayer

9. Sleep, eat, and dress only as really needed

11. Keeping track of one’s animal self (muhāsaba) and shame before God

12. Staying Conscious: being aware of demands of the ‘Instant’ and eliminating inner
distractions

17. Avoiding the powerful and worldly, while practicing insān and Sabr END_OF_DOCUMENT_TOKEN_TO_BE_REPLACED

The Companions are the Stars of Guidance 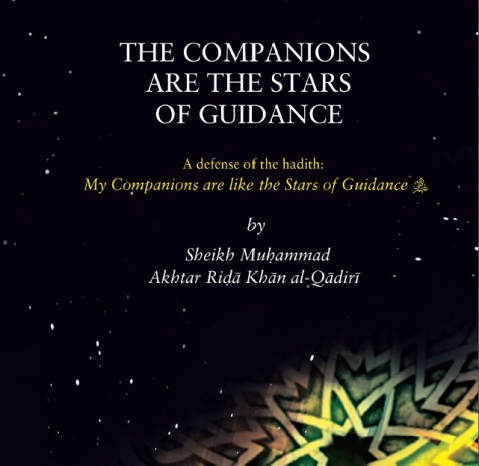 Al-Qutb al-Kamil, Al-Imam Abu Abdullah Muhammad Ibn Abdur Rahman Ibn Abi Bakr Ibn Suleiman Al-Jazuli Simlali al-Hassani al-Maghribi (d. 869/1454). Referred to his grandfather, he is called shortly Shaykh Muhammad Ibn Suleiman al-Jazuli. He belonged to the Berber tribe of Jazula which is settled in the Sus area of Morocco between the Atlantic and the Atlas Mountains. Although the date of Imam al-Jazouli’s birth is not known, enough information exists to provide a rough outline of his origins and background. His nisba (Attributional Name) tells us the he came from the Simlala tribe, one of the most important Sanhaja Berber groups in Jazula. The turbulent political environment of Simlala in the fifteenth century forced the Shaykh to leave his homeland because its culture of violence made serious scholarship impossible. As it turned out, the young sharif had to travel all the way to Fez to get an education, since the insufficient intellectual resources of Marrakech (Morocco), the usual destination for students from central and southern-Saharan Morocco, made study in that city impossible as well.

He studied locally and then travelled to the Madrasat AS-Saffareen in Fés, the spiritual capital of Morocco where his room is still pointed out to visitors. In Fes, He memorised the four volumes Mudawwana of Imam Malik and met scholars of his time such as Ahmad Zarruq, and Muhammad ibn ‘Abdullah Amghar, who became his Shaykh in the Tariqa or Sufi path. After setting a tribal feud he left the area and spent the next forty years in Makkah Mukarrama, Madina Munawwarah and Jerusalem. After this, he returned to Fez where he completed Dala’il al-Khayrat. END_OF_DOCUMENT_TOKEN_TO_BE_REPLACED

His name is Sayyid Aal-e-Ahmed and his title is Ache Miya. His father was has Hadrat Sayyid Shah Hamza.

PREDICTION OF HIS BIRTH:

Hadrat Saahib al-Barkaat Shah Barkatullah said that he would be blessed with a son (descendant) in the fourth generation, who will strengthen the brightness of the Khandaan. He also gave a cloak to his eldest son, Hadrat Sayyiduna Shah Aale Muhammad to pass it over to the child. When the Bismillah Khwaani of Hadrat Ache Mia was taking place, Hadrat Shah Aale Muhammad, seated him down on his lap and said, “This is the child concerning whom my father foretold.”

He attained his education under the watchful eye of his father, and also studied tib (medicine) under the tutorship of Kaleem Nasrullah Saahib Marehrwi. END_OF_DOCUMENT_TOKEN_TO_BE_REPLACED