A Story of Rocks 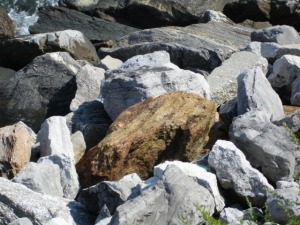 Now, the people were confused. How can this be? Whether you pick up the rocks or not, you will regret!

Anyway, some people picked up the rocks and some didn’t. In the morning when they reached their homes,

they saw that the rocks turned into diamonds.

Now, those people who didn’t pick up the rocks started regretting saying “If only we had picked up some rocks.”

Those people who did pick some rocks also started regretting saying “Why didn’t we pick up more rocks?” Both sides ended up regretting.

Dear Muslims, this same incident will take place with us on the Day of Judgement. Those people who spent their time in useless things will start regretting by looking at those who achieved a great position in Paradise by spending their time in the way of Allah.

Now, those who did achieve a position in Paradise will start regretting by looking at those who did more than them and are higher in status. “Alas! If we had only done more to please Allah.”

The blessed & most beautiful month is near and what better time to prepare for it than right now. Some of us deceive ourselves into thinking that when Ramadan comes we will suddenly change and worship Allah night and day but we are only decieving ourselves in thinking like this.

This may be our last Ramadan for life is so uncertain. Then there is NO doubt that we must make the best of it for the Reward of EVERY good act in the month of Ramadan is multiplied many times over:

The third fraudulent argument of this disbelieving group is that the Islamic law states that a person, who has 99 things of disbelief and one thing of Islam in his personality, should not be labelled as a disbeliever. Firstly, this flimsy argument is the worst and the weakest of all. If a person gives a call to prayer or performs a prayer of two-Rakah once in the day and worships the idols, blows the clarions or rings the bells in the remaining part of the day for 99 times, he is by this definition a Muslim. Such a person is not a man of faith. Let alone faith, such a person cannot be described as a Muslim by a sensible man.

Secondly, in the light of this definition except the atheists, who deny the very existence of Allah, all other disbelievers, like Hindus, Christians, Jews etc, will have to be described as Muslims. They have one thing in common; they all believe in the existence of Allah. This one thing is one of the most important principles in Islam. The philosophically-inlined disbelievers, or Aryans or similar other people have their own concepts of the unity of, Allah. The Jews and Christians will have to be regarded as very distinguished Muslims because in addition to the unity of Allah they also believe in many of His Scriptures, thousands of His Prophets, the Dooms-day, accountability on the final Day of Judgement, reward, and punishment, Heaven and Hell etc, most of these doctrines being in conformity with Islam.