Tablighi Jamaat and Wahabis in light of Ahadees 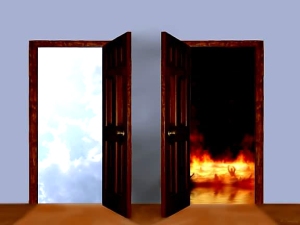 Note: Due to objections from Tablighi Jamaat and Wahabis that the Ahadees stated in this article were not found upon there research. We have posted below the Arabic Text and Ahadis number where possible.

The Holy Prophet (Sallal Laahu Alaihi Wasallam) has Prophesied that many individuals and religious sects will cause dissension and mischief till the Day of Judgment. He has made a particular reference to the Wahhabi/Tableeghi Movement.

Hazrat Abu Huzaifa (Radiallhu Anhu) narrates a Hadith concerning the leaders of the mischief makers: “I swear by Allah that the Holy Prophet (Sallal Laahu Alaihi Wasallam) has not left out a single leader of Fitna from this day to the day of Qiyamah. Their followers would number 300 or more and further gave their names and that of their tribes.” (Abu Dawood)

It can be deduced from the above Hadith that Najd is neither blessed nor a good place but one of Fitna and Evil. Najd has been deprived of the prayers of the Holy Prophet (Sallal Laahu Alaihi Wasallam) and therefore Najd has the seal of misery and misfortune and hoping for any good from there is going against the Will of Allah.

The Arabic word used in the above Hadith is Qarnush Shaitaan, which normally means the horn of Shaitaan. But the ‘Misbahul Lughaat’, a dictionary printed in Deoband has the following meaning: “One who follows the advice of Shaitaan.” (Misbahul Lughaat, pp/663). Thus we learn that a Najdi/Wahhabi group will emerge, as pointed out by Rasoolullah (Sallal Laahu Alaihi Wasallam) and this group will follow the advice of Shaitaan (Shaitaan refuses to respect Prophets and Saints, remember his refusal to bow to Hazrat Adam (Alayhi Salaam) is mentioned in the Quran. It will create havoc in the Muslim world. We are now witnessing the emergence of the Wahhabis who, with the assistance of petrodollars, are sweeping the Muslim world and are bribing them into accepting Wahhabism as the official version of Islam. Wahhabism is a disease but so many are misled into believing that it is curing the Ummah of Shirk, Kufr and Bidah. It is being portrayed as a revivalist movement. This is against the Ahadith. Looking at the geographical position of Najd, it lies to the East of Medina. The Prophet (Sallal Laahu Alaihi Wasallam) pointed towards the East and said:
“There, that is the direction from where Fitna will emerge.”

Abdullah bin Umar (Radiallhu Anhu) narrates in Muslim Shareef: “The Holy Prophet (Sallal Laahu Alaihi Wasallam) once emerged from the room of his wife, Hazrat Ayesha (Radiallahu Anha) and pointing towards Najd exclaimed:
‘This is the center of Kufr from where the horn of Shaitaan will rise’.”
(Muslim Shareef Vol. ii, PP. 1394)

THIRD HADITH
Allama Dahlan narrates an authentic Hadith in his book ‘Addarus Sunniah’, which he has quoted from Sihaah. END_OF_DOCUMENT_TOKEN_TO_BE_REPLACED

Malfoozat E AlaHazrat radi allahu anhu | Did the Wahabi Sect exist at the time of the Khulafaa-e-Rashideen?

Question: Did the Wahabi Sect exist at the time of the Khulafaa-e-Rashideen?

(This is absolutely the same tactics used by todays Wahabis. They close their eyes when it comes to the belief of I’lm-ul-Ghaib – Knowledge of the Unseen – possessed by Sayyiduna Rasoolullah -sallalahu alaihi wasallam. It is an Islamic belief that he did possess this Science of Knowledge as an Ataee – Gift of Allah and not Zaati (Personal). But the corrupt Wahabi totally refutes this. According to them such belief is Shirk).

Sayyiduna Abdullah Ibne Abbas (radi Allahu anhu) then asked them as to what type of belief do they hold that they claim Imaan with all the Ayahs of Nafi (Negation), and Kufr with the Ayafs of Ithbaat (Affirmation). On hearing this scholastic statement of Sayyiduna Ibne Abbas (radi Allahu anhu), half of that group (5, 000) made Taubah (Repented) and joined Ameeril Mu’mineen. The remainder of the group (5, 000) remained stubborn. After this dialogue the Noble Ameeril Mu’mineen issued the order that the remainder be killed.

Sayyiduna Imaam Hasan, Imaam Husein and many other eminent scholars hesitated because this group spent the entire night in Tahajjud and spent the day in the recitation of the Holy Quraan. They said: “How could we raise our swords on such people”. On the contrary, Sayyiduna Rasoolullah (sallalahu alaihi wasallam) had already in the past informed Sayyiduna Ali (Karramallahu wajhahu) about this Sect that will revolt against Islam and they will be very staunch in their external duties, i.e. of Salaah, Fasting, etc. They will leave the Deen as an arrow leaves the bow for its target, never to return again, and they will recite the Holy Quraan but it will not go below their throats.

Eventually the Muslim army was compelled to execute the command of the Ameeril Mu’mineen. Hence, the battle commenced. In the course of the Jihad, the Ameer was informed that the enemy had reached the river in retreat. On hearing this, Sayyiduna Imaam Ali Al-Murtudah (Karramallahu wajhahu) said: “By Allah! Not even 10 if them will cross the river. All will be killed on this side”. So it did happen. None of the 5 000 escaped and all of them were killed. Since the army of the Ameer was impressed by the piety of the enemy he had to clear their minds and heart. To put this into effect, the Ameer issued an order to his army: “Search the bodies of the enemy. If you find Zul Thadiyya amongst them, then you have verily killed the most evil of men on earth, and if you do not find him amongst them (killed) then you have killed the best of men on earth.” The search began and all the corpses were inspected. Below a pile of the executed was lying the body of this cursed person. His one hand was shaped like the breast of a woman. When Ameeril Mu’mineen saw him, he loudly shouted the Takbeer (Allahu-Akbar) and praised the Almighty Allah. Likewise, the entire muslim army was convinced and satisfied by the Karamat (I’lm-e-Ghaib) of the Ameer, praised Allah and thanked Him for cleansing this filth from the earth. END_OF_DOCUMENT_TOKEN_TO_BE_REPLACED

The Tableeghi Jamaat in the light of facts and truth

THREE IMPORTANT EVENTS OF MY LIFE IN CONNECTION WITH ?TABLEEGHI JAMAAT?

MUNAFIQ a religious hypocrite,who does not have faith, but pretends to

What will you say after reading this Kufriyats

2. Al-Laah does not know beforehand what His creations would do. Al-Laah comes to know of their doings only after they have done something. (Tafseer Bulghatul Hairaan pages 157 and 158).

3. Shaitaan (Satan) and the Angel of death are more knowledge able than the holy Prophet is (Sallal Laahu ‘Alaihi Wa Sallam). (Baraaheen-e-Qaati’ah, pages 51 and 52).

4. The Prophet of Al-Laah was not aware of his ultimate fate and of things beyond a wall. (Barraheen-e-Qaati ‘ah, page51).

5. The kind of knowledge and the amount of knowledge of the unseen given by Almighty Al-Laah to the holy Prophet (Sallal Laahu ‘Alaihi Wa Sallam) has also been given to animals, lunatics and children. (Hifzul Ieemnan,page 7).