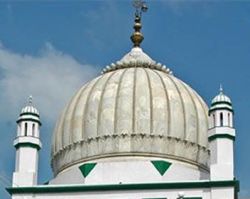 The Shari`ah is of fundamental importance to the Sufi path. This point is very strongly made by the great Naqshbandi Sufi, Shaykh Ahmad Sirhindi (also known as Imam ar-Rabbani), in his letters. Here is a small excerpt from one of his letters, where he clarifies this topic:

The tariqah [“way”] and the haqiqah [“reality”] for which the Sufis are known, are subservient to the Shari`ah, as they help to realize its third part, namely, sincerity. Hence they are sought in order to fulfil the Shari`ah, not to achieve something beyond the Shari`ah. The raptures and ecstasies which the Sufis experience, and the ideas and truths which come to them in the course of their journey, are not the goal of Sufism. They are rather myths and fancies on which the children of Sufism are fed. One has to pass over them all and reach the stage of satisfaction (rida) which is the final goal of suluk [“travelling”, i.e. the Sufi path] and jadhbah [“overwhelming love”]. The purpose of traversing the stages of of tariqah and haqiqah is nothing other than the realisation of ikhlas which involves the attainment of rida. Only one out of a thousand Sufis is graced with the three illuminations (tajalliyat sih ganah) and gnostic visions, given ikhlas and elevated to the stage of rida.