What is the meaning of Mujahidah(Spiritual Struggle)? Al Malfuz Al Sharif Vol 1

Question: What is the meaning of Mujahidah(Spiritual Struggle)?

Answer: The entire concept of Mujahidah is enclosed in this ayah:

And those who tremble with fear in the presence of their lord and abstain from the desires of Nafs, Verily, their abode is Jannah. – (Surah An-Naziyat79, Verse 40,41)

This is actually known as Jihad al-Akbar (the great struggle in spiritualism). It is stated in the Hadith Sharif that after returning victoriously from Jihad with the Kuffar at Badr, the Holy Prophet of Allah صلی اللہ علیہ وسلم stated:

A certain Wali of Allah spent three years in worship struck by the desire of eating pomegranate. He dreamt of Sayyidund Rasulullah صلی اللہ علیہ وسلم who said to him: END_OF_DOCUMENT_TOKEN_TO_BE_REPLACED

END_OF_DOCUMENT_TOKEN_TO_BE_REPLACED

ATTRIBUTES OF SUFIS INNER AND OUTER SELF 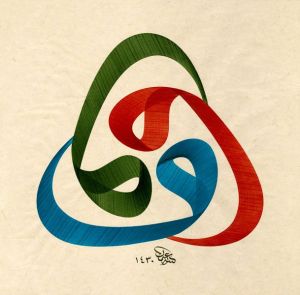 Among the attributes of the Sufis were their refrainment from all hypocrisy. In simple terms, their inner selves were in complete concordance with their outer self.

It is said that Sayyiduna Omar bin Abdul Aziz (radi Allahu anhu) asked Sayyiduna Khidr (alaihis salaam) to give him some advise when they both found themselves in Medina Shareef, Sayyiduna Khidr (alaihis assalaam) replied, “O Omar! Save yourself from this state, wherein, outwardly you are the friend of Allah, yet, inwardly you are His enemy. Those whose inner self is not in concordance with their outer self are hypocrites and for them will be extreme punishment”.

Sayyiduna Abdul Wahid bin Yaazid (radi Allahu anhu) has expressed, “Sayyiduna Hasan Basri (radi Allahu anhu) has reached a lofty position in Tassawaf simply because whenever he advised any person to perform any action he firstly did so himself. Whenever he prohibited a person, he always firstly refrained himself. I have therefore, never seen a person whose inner self is precisely as his outer self”.

It is because of this that the great Sufis hide their worship. They state that END_OF_DOCUMENT_TOKEN_TO_BE_REPLACED

Among the ethics and manners of the famous Sufis, sincerity held a mighty and lofty position. Every action of theirs portrayed absolute sincerity. The thought of insincerity never crossed their minds. They clearly understood that action could only be considered noble, if it contained sincerity. Their aim was not to become famously known as Sufis, neither did they consider worldly respect as the all important factor. Their aim was merely to achieve the Pleasure of Allah. The world in front of them held no real value. They understood that if a person spent day and night in the Ibaadat of Allah, yet, he was devoid of sincerity, he would achieve nothing from his worship.

It is recorded that when the Holy Prophet (sallal laahu alaihi wa sallam) sent Sayyiduna Ma’az (radi Allahu anhu) to Yemen, he advised him, “O Ma’az create sincerity in your belief. In this way (even if you perform little deeds) it will be enough for you”.

The incident of Sayyiduna Ali (radi Allahu anhu), clearly portrays the importance of sincerity. Once while he was in battle, he had captured an enemy and was about to kill him when the enemy spat on his blessed face. Sayyiduna Ali (radi Allahu anhu) immediately released him. When he was asked the reason, he replied, “I chose the sword strictly for the Pleasure of Allah. I have been delegated to see that His commands are obeyed. I do not obey my Nafs (carnal desires). I am the Lion of Allah, I am not the lion of my desires. When you spat on me, my desire immediately entered this battle and sincerity began to depart. It is because of this that I have spared you, for my action was not based on sincerity”. When the enemy heard this amazing reply, he instantly repented and became a Muslim.

Sayyiduna Wahab Mambeh (radi Allahu anhu) states, “He who desires the world with the actions of the Hereafter, Allah will indeed alter his heart. His name will then be included among those who are to enter Hell”.

It is recorded that certain Sufis actually re-performed 30 years of Salaah, simply because they felt that they had not shown enough sincerity. END_OF_DOCUMENT_TOKEN_TO_BE_REPLACED

SHARIAH AND TARIQAH STRICT FOLLOWING OF THE QURAN AND SUNNAH

STRICT FOLLOWING OF THE QURAN AND SUNNAH

The practice of the great Sufis has always been their strict following of the Quran and Sunnah. They considered any deviation from this as an act of disbelief and heresy.

Imaam She’ranni (radi Allahu anhu) quotes Sayyiduna Junaid Baghdadi (radi Allahu anhu) who states that: “Our revealed book, the Holy Quran, is the most comprehensive and the most supreme of all laws and the most lofty. The path of the Sufis has become mighty with the Quran and Sunnah. That person who does not read the Quran and does not practice upon the Sunnah, then his leadership is not proper, (In other words, he should not be made a leader).”

This great Saint also used to advice his followers: END_OF_DOCUMENT_TOKEN_TO_BE_REPLACED

2. Faith in the messengers, companions, ‘people of this Path’ (Friends of God), and serving the
poor

3. Silence, focus on dhikr/remembrance of God, and good deeds

4. Right companion on the spiritual Path

8. Filling the day with prayer

9. Sleep, eat, and dress only as really needed

11. Keeping track of one’s animal self (muhāsaba) and shame before God

12. Staying Conscious: being aware of demands of the ‘Instant’ and eliminating inner
distractions

17. Avoiding the powerful and worldly, while practicing insān and Sabr END_OF_DOCUMENT_TOKEN_TO_BE_REPLACED

YOUNG MAN: Reflect, too, upon the story of Hatim the deaf who was the companion of  Shaqiq al-Balkhi (may the mercy of Allah be upon them both). One day Shaqiq enquired of Hatim: “For 30 years you have been my companion. What, pray, have you gained from  it?” Hatim replied: “I have gained eight benefits with which I am contented and from which I  expect my salvation and my deliverance.” “And what are they?” Shaqiq asked. Said Hatim:

“THE FIRST is that I looked at creation and noticed that to everyone there  belongs a beloved. And a part of that which is beloved to him accompanies  him to his death – sickness, while another part accompanies him only to the  edge of his grave. But none (of the above) enters with him. So I reflected   and said to myself: “The most beloved is the companion accompanying one into the grave! I found  this companion to be none other than Righteous Deeds. So I embraced her as  my beloved to be a shining light and an intimate friend never to abandon me  when I would be most alone.

THE SECOND is that I looked at man and found him guided by his whims and  fancies, forever hastening to the fulfilment of his lower desires. So I  meditated upon the verse: “But as for him who feared to stand before his Lord and restrain his soul  from lower desires; his abode will be the Garden..” and came to know, with the knowledge of certainty, that the Qur’an was  indeed the Truth. Then swiftly I moved to free myself from its vain desires until they rested,   contented, in obedience to Allah, the High, the Exalted and finally  consented to His Will.

THE THIRD is that I noticed every single person greedily striving to gain  for himself the vanities of the world. Then I reflected upon the verse: “What is with you must vanish and what is with Allah must endure.” So I spent my life’s earnings in the way of Allah and divided them amongst  the poor to be as a treasure for me in the care of Allah.

THE FOURTH is that I saw a number of people who thought that their honour  and strength resided in the sheer abundance of their clan and kinsfolk.  Others claimed and boasted that it was contained in the amount of their   wealth and children. Others reckoned that it was to be found in the  extortion of wealth, oppression of others, and the shedding of their blood.  Yet another group believed that strength and honour was to be found in  extravagance – in the wasting and squandering of money. Then I thought  about the words of Allah: “Verily, the most honoured of you (is he who) is the most righteous of you.” I then chose righteousness for myself for I had come to know with firmness  of belief that the Qur’an was indeed the truth and that their opinions and  assumptions were false and ephemeral. END_OF_DOCUMENT_TOKEN_TO_BE_REPLACED